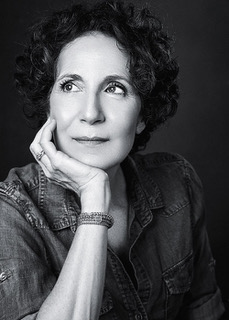 From memoirs to mysteries to YA fantasies, Jane Oppenheimer’s engaging narration style and honest characterizations enthrall her listeners. She graduated from Carnegie-Mellon University with a BFA in Theater. She has performed in New York, Chicago, Los Angeles and Regional theaters, as well as on television and film. Her voice-over work can be heard on commercials, corporate videos and theme park rides. When she’s not talking to herself in the booth, she’s most likely poring over design magazines and websites for her next renovation project or scouring open houses in search of the next property to restore.

“Jane Oppenheimer narrated my two mystery books for Audible, and I’m thrilled with the results. Not only does she have a beautiful and expressive voice, she’s able to convincingly switch to credible male voices and assume foreign accents. I highly recommend her.”
Nancy Boyarsky

author of “The Swap: A Mystery” and “The Bequest: A Mystery